Check this out. Cameron Diaz is set to play Miss Hannigan in the LATEST remake of the Broadway musical Annie (I remember the film version distinctly – I auditioned for it in New York City at the Plaza Hotel back in the 20th Century – my memoir of the devastation from that traumatic event is…”in the works”as they say in “the biz”.) It was at this audition where I learned first hand that merit and talent goes out the window when someone else has MAJOR connections. POSER “Annies” made it through to the last rounds of the audition while myself and other more qualified “Annies” were passed over like an abandoned orphan at the local orphanage. Whatever. At least I got a free lunch and made friends with some girls from Long Island. Lesson learned. But today’s LATEST AND GREATEST version of Annie has a slight twist. According to the web, it’s looking like the new Annie will be African-American and played by Quenzhane Wallis. She’s the little girl that was called  the “C” word -(“C ***” ) by some highly STUPID and MISOGYNISTIC idiots from some “trying to be funny but NOT succeeding” entity that afterward BACK PEDDLED and took the language off the Tweet they posted. (Wonder what happened to them? Let me guess….they got married and had kids. Hmmmmmmm.) All I can say is that I wish the best of luck to the new cast and producer Jay-Z.  (And Mr. Carter – should you find yourself in the presence of those LOSERS who posted that ugly and uncalled for tweet you have my permission to kick their A****. Just Sayin’. The sun WILL come out tomorrow – bet your bottom. God is Good – All the Time. Blessings. Amen. 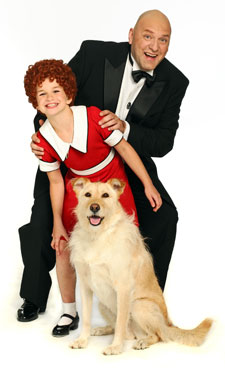