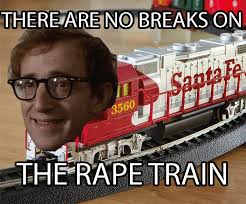 Comments on: "How Money & Power Make Everything “Just” Fine…For Some" (2)