The world lost its favorite purple icon a few weeks ago. The legendary iconic singer Prince was found unresponsive and died in an elevator at his Paisley Park home. Some say it was hardcore drugs that did the purple one in.  Others say it was the greedy medical profession that killed him. Some allege that he loved doughnuts  while others believe he worshipped other foods. There are those who believe he didn’t eat enough. Whatever the case, Prince did not go unnoticed. Especially after his passing. Many folks have memories of knowing him – even if it was for a few moments. Minerva S., a former movie-extra turned taco truck driver, remembers being in a crowd scene during the filming of the hit movie Purple Rain back in the eighties, where she brushed past Prince for thirty four seconds before they yelled “Cut!” as bodyguards whisked Prince back to his on-set trailer. “He was the nicest guy you ever met in your life”, recalls Minerva, “He didn’t spit in my face, he didn’t step on my foot. I mean, this is a celebrity and he was not rude at all. Amazing!” When asked if there was anything specific she remembers about Prince besides the obvious things, Minerva twists her mouth to the side and nods her head up and down, “Yeah. He was sucking on those purple Pixy Stix.” There are plans for a big memorial service to be taking place in the future. RIP Purple One. And so it is. Amen. 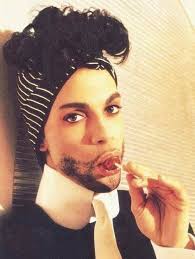 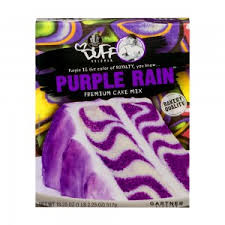