When Semen Dumping Pigs Go All “Feminist”-Kevin Smith is an Asshole.

LOL. Kevin Smith, that cellulite-impacted, pushing 50 years old, emotionally STUNTED, arrogant, ENTITLED, WHITE GUY from the Jersey Shore, used his CELEBRITY STATUS  (oooh calm down all you people who actually BOTHERED to graduate college) to springboard his views towards people on the internet who say mean things about his  average-looking offspring. (I know, I know the Kevin Smith mind, that thinks like a seventh grader, will say to itself, in between scratching the thing between its legs: well I’m a BIG movie director, what the hell did YOU do BITCH?!?). Sigh. See, this is how white guys (500 lb white guys in their 20’s) who insult their “girlfriend(s)” by fucking around on them behind their backs (not ME –I wouldn’t be caught DEAD with a piece of shit like Kevin Smith!!! but I know TWO chicks who thought the sun rose and set on his FAT, LAZY, CHAIN-SMOKING ass – and that’s how lard ass, chain smoking misogynist ape Kevin likes ’em – all ass kissing, and coming running when he snaps his fingers in between stuffing his face and chain smoking). He TALKS ABOUT these ladies INSULTINGLY on Howard Stern  (calling them mousy, and other condescending things – I mean a fat, ugly, smelly prick like Kevin Smith is ONE to TALK about OTHER PEOPLES’ looks (LOL)). Then he calls Jenny McCarthy “crazy “. Of course!!! When a female on one of HIS movie sets or whatever seventh-grade- mentality activity he’s working on at the time (What is he on now Clerks #26?), isn’t foaming at the mouth in his presence, why, she must be “crazy”. But then, like every arrogant, entitled, lazy, male prick who thinks he’s God’s gift to the human race, he impregnates some desperate broad (“I wanna have a BABY! Even if it is with a 500 pound gorilla who smells like the Staten Island Expressway!”)…ya’ know the thinking these kind of guys have…squirt, squirt ahhh….must suck for you broad I gotta go on the movie set now and go have my fat ass kissed again and not pay the people who my fat ass profits off of. Yep. Another day in arrogant-white-guy land. And no, I’m not a big “star” (oooh ahhh) in Hollywood!!!!! because I’m not one to participate in such immaturity or the tolerating of body odor just so I can appear “cool” to the people I went to high school with. I treat my experiences on the set of lame Kevin Smith projects like the JOKES they were. Kevin just profits off of it so he can feel IMPORTANT. LOL!!!!!  People like Kevin Smith can’t understand this because they always have something to PROVE and it’s ALWAYS about their dick and their ego. Yeah. A real “champion for anti-cyber-bullies” (EVEN funnier) LOL.LOL. (Anybody who kisses up (SLURP SLURP SUCK SUCK) to Bob and Harvey Weinstein?! GOOD LORD.) LOL!!!!!!!!! GOD BLESS AMERICA. And So It Is. AMEN. 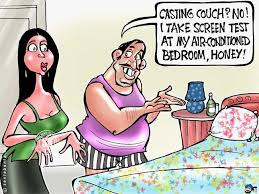