Jesus. I mean really. JESUS. Female bodies are ALWAYS the topic of controversy dictated by the perceptions of  what MALES (and some females’)  THINK a female is supposed to be, while males (I know, not ALL but so many) just let it all hang out – sometimes LITERALLY. (What’s that you say? You’re TIRED of hearing about the injustices? The “whining”?) Well GUESS WHAT? I’m EXHAUSTED from the imbalance too. Take this Octomom/Natalie Suleman chick. She’s DONE with the STRIPPING (ooooh. “BAD”, “BAD”, “BAD” thing that STRIPPING). But when she wants to (or any woman for that matter wants to) risk their life going through pregnancy and childbirth you know SUFFER!!!!! (women MUST SUFFER – that’s what you are put here to do women – SUFFER! it’s all “GOOD”!!!!! (awwwww how “beautiful” having your body stretched out to Kingdom Come while the male just kicks back and hits the STRIP CLUB (“BAD”), the porn, sticks his HPV infected dick into any hole that he wants it to go into (Hi Bill Clinton- Hope Hilary’s Pneumonia is getting better). AND THESE STUPID CRO-MAGNON MEN WHO THINK ALL WOMEN ARE JUST DYING TO HAVE THAT WAD OF SEMEN PARKED INTO THEIR UTERUS AND THAT’S ALL  EVERY WOMAN ON PLANET EARTH LIVES FOR (Having BABIES!!!!!) – to those men – please go directly to hell. Thank you.  Then there’s this MATERNITY LEAVE controversy which to me isn’t a controversy – come up with a way for MEN to get pregnant and we will NEVER HAVE to WORRY ABOUT WARS OR TERRORISM EVER AGAIN, as certain males are always the FIRST ones to WHINE about “injustice” and “being taken advantage of” as CHILDLESS women (GASP! GASP! GOD FORBID!!!!!!!!!) are oftentimes perceived by those on both sides of the fence as carefree and my “favorite”…. SELFISH while many of these self-serving breeders USE their offspring as BUFFER/COVER-UPS to alleviate the guilt of their OWN irresponsible past behaviors they embarked upon on a regular basis LIKE DRIVING DRUNK, CRASHING CARS INTO TREES, DEALING DRUGS, WORKING FOR THE WORLD PEDOPHILE ORGANIZATION (aka the ROMAN catholi-ICK church), GOSSIPING etc. etc. etc………but GOD FORBID somebody’s a STRIPPER!!!! OH NO!!!!! (AS IF the strippers put AK-47’s to mens’ heads and FORCED them to go to the strip clubs). Gimme a break. UGLY. UGLY. UGLY. Ugly Americans.***PS to all the SINGLE fathers out there who sacrifice EVERYTHING for your kids -although I never met one of you in my entire life – this doesn’t apply to you. God Bless America. And so it is. Amen. 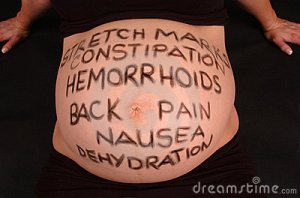 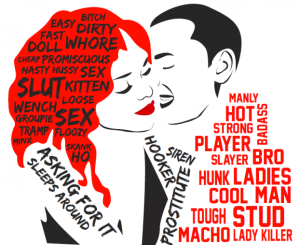 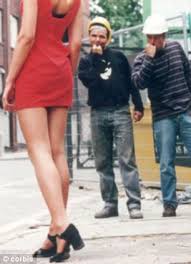 When Semen Dumping Pigs Go All “Feminist”-Kevin Smith is an Asshole.