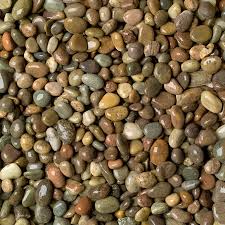 Putting the “Ick” in Cathol-ic

So Frankie and the crew (the Catholic Power Bishops) are calling this group of progressive nuns “radical feminists” because they’re leaning toward birth control rights in Catholic run private companies. (ya’ know, birth control, that “evil” stuff that prevents women from having to go through postpartum depression, hemorrhaging, infections, severe weight gain, back ache, vaginal tearing, pelvic girdle pain, fatigue, bleeding, cramping, excruciating labor, risk of death, postpartum paralysis (my own mother was paralyzed from the waste down for six months after I popped out), losing sleep, losing traction in the career, , spending hundreds of thousands of dollars to feed, clothe, and educate the post birth child. (Not to mention hoping that once going through all of that the child doesn’t turn out like Adam Lanza). These same “family values” power Bishops hail from the historically famous system that burned Joan of Arc at the stake, raped and molested countless children across the decades, if not centuries (that’s plural folks), and continues to denounce homosexuality (I think it’s called self-loathing when you’re in denial about who you really are). My, my. How Catholic. “Ick”.