Jesus. I wish this in denial nitwit Dottie Sandusky would just GO AWAY. She’s in the limelight once again secreting crocodile tears in some pathetic attempt to convince people (those who have have been living on another planet evidently, or who can’t read, hear or see) that her rapist pedophile husband has been falsely accused. While you’re busting out the tissue, have a good cry for the TWENTY SIX (that’s 26 – 6 above 10 x 2)  rape victims PLUS  Sandusky’s OWN SON (that makes it 27) who also claimed Sandusky sexually assaulted him. So Dottie honey, nearly 30 people and our legal system got it wrong? Damn. DENIAL RUNS DEEP. And we wonder why a lying ape like Sandusky (and those like him) get away with what they do for so long. In other news from Planet Enabler comes the classic quote from supposed ex-con Jeremy Meeks’ mommy who has recently tried to gain sympathy for her  “angelic” ex gun-toting, ex gang-banging son who recently found himself back in the slammer. Her quote:  “He has old tattoos … which causes him to be stereotyped,”  (Awww. Boo hoo. Old PERMANENT gang looking tattoos. I’m getting all choked up. Kleenex please?)  “He’s my son and I’m just trying to raise funds to help him in any way. Please help him to get a fair trial or else he’ll be railroaded.” (GOD FORBID an ex gun toting ex gang banger should NOT be treated FAIRLY. What an ATROCITY that some thief who has robbed hard working people of their belongings in the past should be treated UN FAIRLY!  It’s getting hard to type….I’m so overwhelmed with tears right now….for this POOR, POOR ex con whose past actions really kept BALANCE in the world….) Vomit. God please save us from these dip shit enablers and the low life they enable. And so it is. Amen. PS: I bet Jerry Sandusky would just LOVE to have Jeremy Meeks as his cell mate (wink wink). 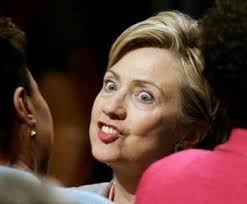