…I have not been watching these awards shows for the past 10 years regardless of race. You know what else I’ve naturally boycotted my entire life? Football games.(unless I was paid to play a football fan). That’s right! I guess that makes me a BAD American (oh well!). When I saw the movie “Concussion” with the other 4 people in the entire theater, I thought to myself, the movie industry is REALLY getting desperate for subjects in movies nowadays. (I’m going to write a screenplay and call it “Cavity” where the main premise of the film will center around a bubble gum blowing team whose members are all losing their teeth. I’m guessing it won’t be nominated for an Academy Award either. Oh well.) At any rate, Will Smith gets a standing ovation from me because I’d have read that script and would not have been able to keep a straight face no matter how much they’d be paying me. (Will….if “Cavity” gets made (on YOUR DIME) I’ll nominate you like there’s no tomorrow….and we can make a whole series of OBVIOUS titled films with political messages that highlight the STUPIDITY and BLATANT ARROGANCE of American culture…here I have a few: “Rusty Pipe” – a story about the water contamination of low income people in Flint, MI – “Obesity” – the story of Chris Christie stuffing his face – and “Alcoholic” – the story of Sean Penn trying to be a journalist. Lord Help Us. God Bless America. And so it is. Amen. 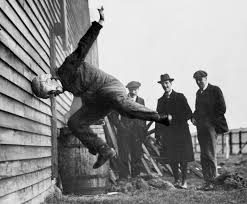 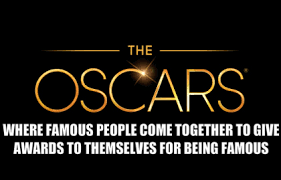 More Pains in the ASS (literally).

Okay all you future Jerry Sandusky Wanna-Bes….take note! It seems American Football has been the symbol of many forms of criminal abuse lately. Most recently Sayreville, New Jersey WAR Memorial High School football players allegedly got the SURPRISE of their lives when older fellow teammates allegedly shouted something like , “Lights out!” and then seemingly proceeded to rape the younger, smaller players up the ass. (Is this training ground to play for the RAMS? Is this how the RAMS got their name?) Just another day in blue collar hell hole New Jersey for ya’. (Sigh.) AS IF this is the only time something like this has ever happened (yawn). But rest assured, this is a GREAT way to break in the next generation of domestic abusers, wife beaters and child abusers that will play for the NFL down the line. One solution that might remedy this ongoing ill of society is to fly in the Palin family, give them some alcohol, and then let Track and Bristol Palin “knock” these rapist types out. But the Palins are probably too busy ice fishing or something. Oh well. God Bless America. Amen.

So today marks the 20th Anniversary of Nicole Brown Simpson and Ron Goldman’s murder. Convicted domestic abuser OJ Simpson managed to escape prison after his verdict was read “not guilty” in the famous televised trial that invaded television not too long after that ill fated day. Although, Mr. Simpson managed to get himself a nice 33 year long prison sentence in 2008 for unrelated criminality.  Earlier this year, Mr. Simpson begged to be released due to  alleged BRAIN CANCER. Interestingly and/or coincidentally, Johnny Cochran, OJ’s defense attorney, died from a BRAIN TUMOR.

See, what these megalomaniac, narcissistic types don’t realize is this: You can lie to everybody around you, you may even get away with it and pull the wool over the eyes of many…..but in the end…..when you LIE like hell, your PHYSIOLOGY catches up with you BIG TIME……and I for one, will NOT be shedding a tear for them. Karma is….truly…….a BITCH. And so it is. AMEN. AMEN….and AMEN.

So this Boomer Esiason guy, who, by the way, will NEVER have to get a C-section in HIS entire life has to say,  “Quite frankly, I would have said C-section before the season starts, I need to be at Opening Day.”  Then in the ever-so-popular back pedaling strategy he pathetically tried to mitigate his blatant sexism (laced with misogyny – ie. “EVERYBODY KNOWS MALE DOMINATED SPORTS ARE MUCH MORE IMPORTANT THAN A MERE FEMALE’S LIFE/PHYSICAL PAIN/THANK GOD I NEVER HAVE TO GO THROUGH THAT GIRL SHIT/I’M SO GREAT IM A WHITE MALE. NOW KISS MY ASS”) with the “politically correct” apologetic, “I was not telling women what to do with their bodies … I would never do that.” Well bud, TOO LATE….you ALREADY DID. Now. I’m telling him what to do with his body: GO GET A C-SECTION ON YOUR HEAD DUMMY. Then, go get your mouth sewn shut, and go run up and down the football field chasing your balls because evidently, THAT is your primary talent. And so it is. Amen.

The Booty, The Brain, and The Blood of Christ

Gotta love athletes. They are ALWAYS using their brains. Let’s take Serena Williams for example. According to Ms. Williams the 16 year old rape victims of the Steubenville case should NOT have put themselves in that position. THAT POSITION. And what POSITION is that? Drinking alcohol with other males? Now everybody knows that “THOSE MALES” can’t CONTROL that thing between their legs or their camera phones or cell phones when they DRINK ALCOHOL. Ms. Williams also says that the victims’ parents should have taught them to NOT TAKE DRINKS from OTHER PEOPLE. Well these same kind of parents and victims really need to STAY THE HELL AWAY FROM A CATHOLIC MASS then, and anyone who ever knew or associated with anybody from Catholicism because those OTHER PEOPLE known as PRIESTS are ALWAYS giving the “blood of Christ” (Christ must have been an alcoholic because that “blood” tastes EXACTLY like wine) to other people’s children on a regular and continual basis (not to mention OTHER “GIFTS” (ahem)). She goes on to say that she’s not blaming the girls (NO!), but OTHER people should have known better. Well, here’s what I have to say.  When you have a wide-ish, dimpled butt, if you wear a horizontal striped bathing suit bottom, it makes your butt look even wider. Ms. Williams should NOT have put her butt in that position. Her parents should have taught her NOT to take bathing suit bottoms made for people with smaller, leaner, less cellulite impacted asses. She’s WELL over 16 so there’s NO excuse. Have a Blessed Day!!!! Amen.